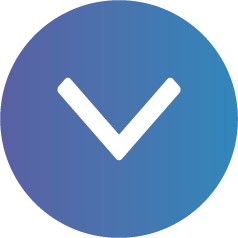 We have just come back from Lisbon, where we participated in this year’s Web Summit.

These four incredible intense days of work were full of technological innovations and meetings with startups and companies.

We have a lot to share. However, it is difficult to determine which topics have become more interesting among all those that have been developed at the conference. The diversity and the wide range of content delivered at the same time are excessive.

Certainly this event is the place in which the things that will define all sectors of the economy happen and we are happy to have been part of it. 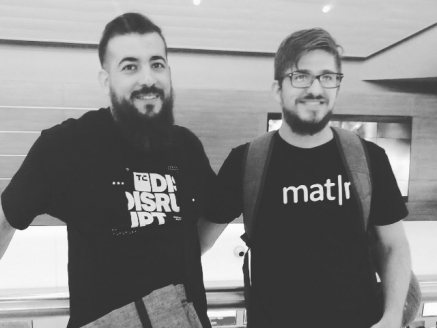 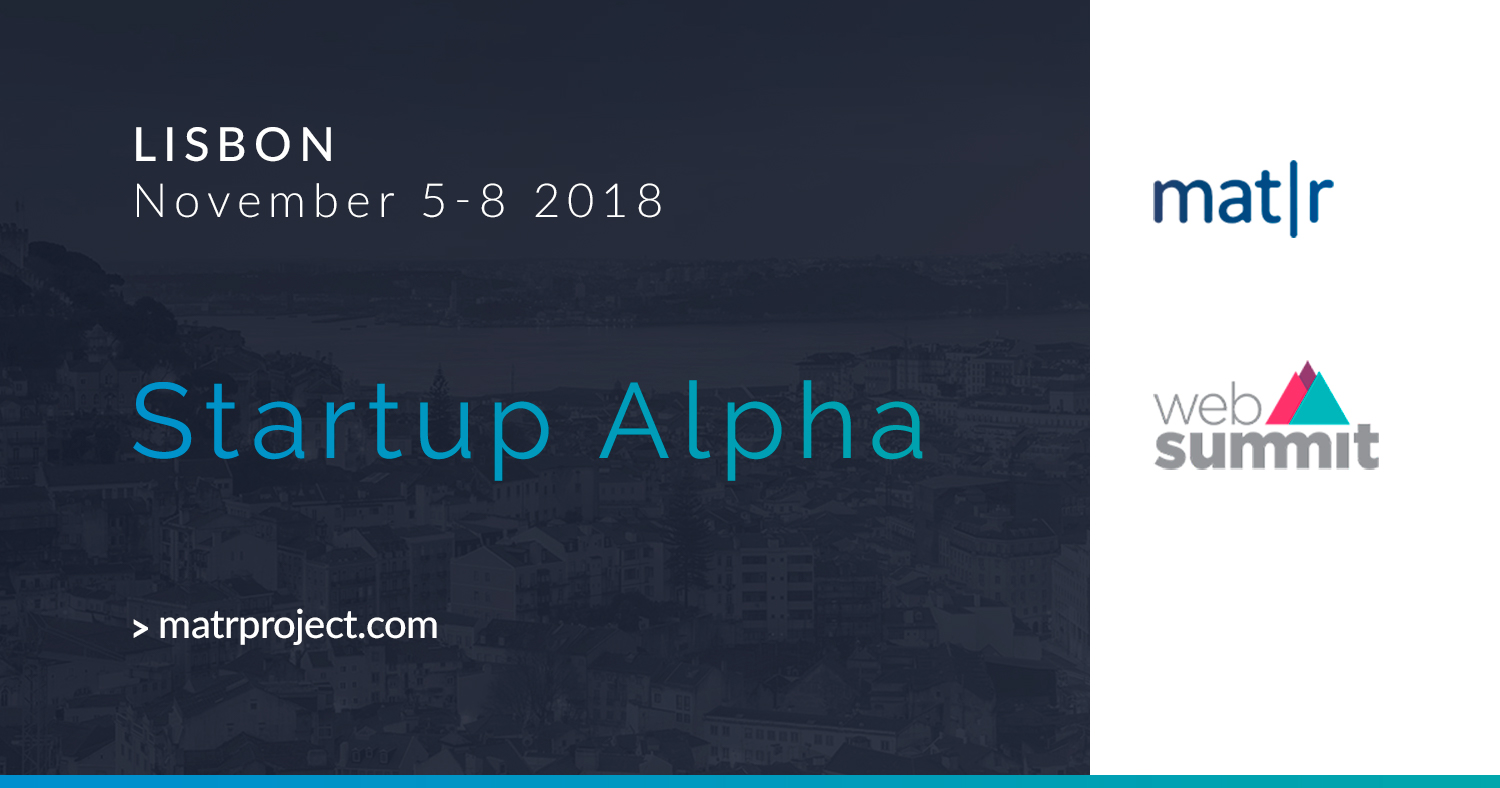 On October 8 and 9, we were at the International Congress of Computer Science and Information Science.

Ciccsi is an event that brings together researchers, professionals and students from different countries, by promoting a space for the spread of knowledge generated in academic and industry areas. This time, it was organized by the Champagnat University and co-organized by the National University of San Juan, in Mendoza.

Several lectures were given. Alistair Cockburn, one of the leading authors in software engineering, delivered a master class. He is author of numerous object-oriented books and agile software development, one of the coauthors of the Agile Manifesto, author of the Crystal Clear agile method, and an outstanding consultant in the world

In addition, Sergio Farias (Product Evangelist) and Osvaldo Grasso (Lead Engineer) gave a presentation of digital transformation and innovation. They described the next revolution in software development through practical examples. 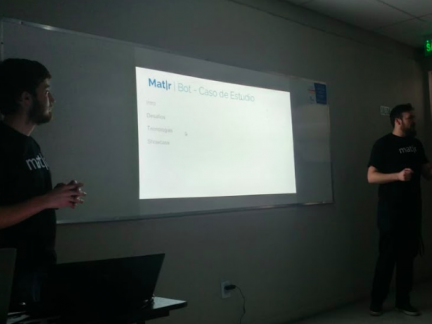 The first NASA Space Apps Challenge was held in Mendoza by "The Mars Society Argentina" together with Gabriel Cavallero and Tomás Suárez on October 19, 20 and 21.

This event is a hackathon of ideas to develop solutions to problems using data from the universe, the global environment, data obtained from satellites and other data sets that have been opened to the public, within the open data philosophy.

Ten teams had the opportunity to work for a whole weekend in order to present their project to the audience and the jury, who were responsible for selecting the two best projects.

Juan Manuel Galdames, Jean Pierre, Ignacio Sánchez, Ignacio Pérez Burgos and Rodrigo Cabrera were first prize winners. The project is a drone which aim is to locate satellites, examine them and fix the damage created by micrometeorites and orbital debris.

Here you can meet the winning team thanks to the interview of @universidad.com.ar

Mat r was not only present supporting the event, but we also granted a $US 2000 voucher prize for the winning team.

The team decided to use their money to work on a video in order to participate in Nasa’s international contest. For that reason they visited our offices in Argentina and they developed the video together with our team. This is the result.

Do not miss the preview of the short film made by Do not Panic! It's amazing!

On October 18, 19 and 20, Mat|r sponsored Node Conf, and our team was there sharing experiences with the developer community.

We also wanted that someone else could live the experience so there was a giveaway in our networks. The winner of the ticket for NodeConf Argentina was Karen Justo.

Karen has studied Electronic Engineering and that was her start point in the world of programming. Since then, she started studying Web Development and JavaScript and now she has started to study Node.js to expand those tools in JS.

But that's not all! Karen has already joined Mat|r Academy to learn how to create applications for mobile devices with mat | r script

Thanks Karen for participating! 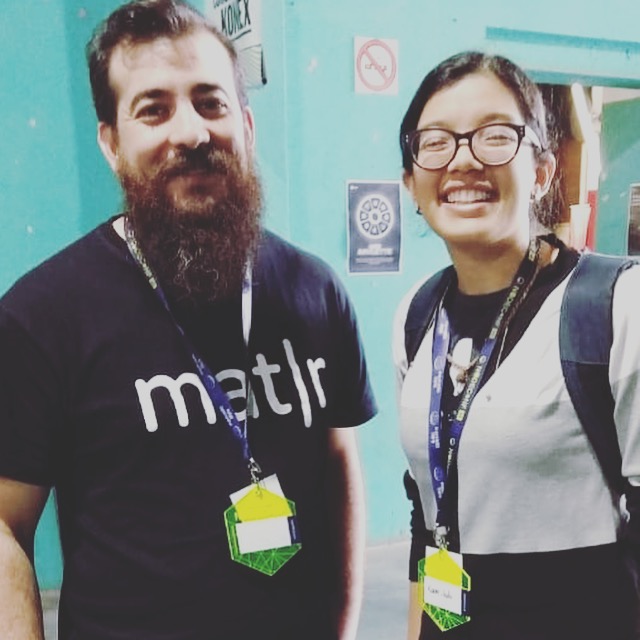 On October 20 we were at the First Edition Más Con Mendoza (ex Dev day Mendoza).

Sergio explained why mat|r is the most complete development framework to create successful apps. 👌🏻

It was the perfect setting for exchanging ideas! We want to thank Gabriel Flores from #Eventbrite Latam #mendoza for recommending our platform as a #opensource project.

We also want to thank the organizers, especially Paola Pacheco who is part of these fundamental training activities which are also a meeting point for the community of Mendoza.

We also have implemented

Now the view of projects and applications is organized and you can choose the editor topic.

We have also added a new function to store your confidential data, with constants that can make your application open source without worrying about filtering your private data, such as API keys for third-party services, tokens, etc. Simply state CONSTANT and reference it when you want to use it in code.

A month ago, more than 150 students from the Guaymuri School in Venezuela, began to use mat|r to learn how to develop mobile applications.

The School has technological orientation and it is one of the pioneers in implementing new technologies. Students develop thinking skills that’s why they want to use mat|r in a school to train students.

The school does not want to create small groups of programmers, but they want their students to develop these skills, as a possibility of insertion.

We are working together with the School so that students participate in a challenge to develop an app and get a prize.

Soon we will have more news.

We'd love to know more about your experience and how we can improve. 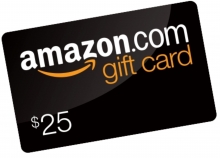 Your feedback is very important and will help us decide the next changes for mat|r.

Remember that you must register and provide us with some information about your experience with mat|r.

I WANT TO PARTICIPATE

We are looking for a Software Development Teacher to teach mat | r script.

If you are passionate about technology and teaching, and want to participate as a pioneer in the community of mat|r, we want to talk with you. 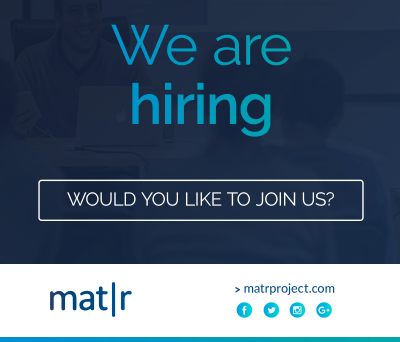